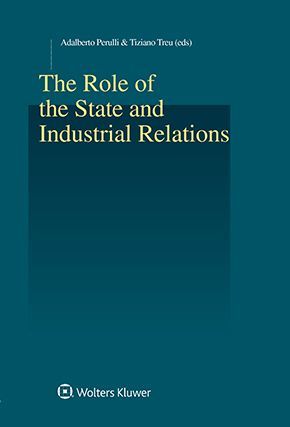 THE ROLE OF THE STATE AND INDUSTRIAL RELATIONS

The Role of the State and Industrial Relations, using a comparative approach (the European Union, France, Spain, Germany, Italy, Japan, China, the United States, Brazil, South Africa and India), reconstructs the general framework of global industrial relations considering challenges and future prospects and proposing a new agenda for the state. The new era of industrial relations that has been stealthily changing the world of work in recent decades seems to have reached a stage where it can be systematically monitored and analyzed, in great part because the creeping renationalization that has been noted since the financial crisis of 2008 has reinvigorated state intervention in essential economic structures. In the globalized word, with the internationalization of the economy and increasing competitive pressures, industrial relations are developing in new directions. The contributions in this unrivalled book provide important new perspectives on the many challenges inherent in the present and future of the relationship between industrial relations and the state.