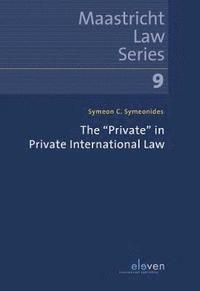 The adjective "private" in Private International Law (PIL) distinguishes PIL from its public international sibling but also confines its scope to horizontal disputes between parties other than states acting as such. But does this mean that these disputes implicate only the interests of the immediate parties and not the interests of the states involved in the conflict? The classical and still prevailing view of PIL answers this question in the affirmative. A contrary view, usually associated with American conflicts law, assumes that most of these disputes implicate the conflicting claims or "interests" of the involved states to apply their respective laws.
This essay, which is based on the Private Law Lecture delivered at Maastricht University, explores these antithetical assumptions and uncovers the extent to which contemporary PIL systems have embraced the latter view, albeit in mostly covert ways.