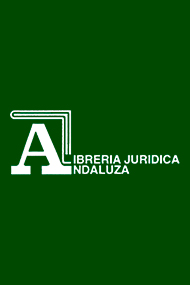 BARCELONA, THE LEFT AND THE INDEPENDENCE MOVEMENT IN CATALONIA

Created by social movement activists and left-wing parties during years of austerity, Barcelona en Comú, or the Comuns (as they are known in Catalan), won control of the city council of Barcelona in May 2015. The ensuing municipal government gave the city its first ever female mayor in the form of former housing rights campaigner Ada Colau. The Comuns' administration proceeded to undertake ambitious initiatives, attempting to regenerate democracy by changing the relationship between municipal authority and citizen, addressing social inequality issues and seeking to curb the hitherto unbridled tourist expansion in the name of improving the environment for those who live in the Catalan capital.
This book examines the extent to which the political project of the Comuns has brought radical change in Barcelona, where it has faced opposition from revolutionary anti-capitalists, traditional Catalan nationalists and independentistas, as well as conservative political and economic forces. It also considers the Comuns' relationship to Podemos and their prospects of growing beyond the city, in the metropolitan area of Barcelona and across Catalonia.