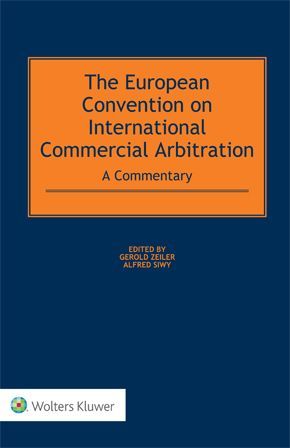 The European Convention on International Commercial Arbitration provides a comprehensive overview of the provisions of the European Convention on International Commercial Arbitration (ECICA or the Convention) concluded on 21 April 1961, in Geneva and certain related topics of international commercial arbitration for a better understanding of the relevance of some of these provisions. Originally drafted during the Cold War era to facilitate trade between Western and Eastern European countries, the ECICA has come to the fore in recent years as commercial relationships proliferate between Western Europe and such resource-rich countries as Russia, Ukraine and Kazakhstan. This commentary is the first comprehensive overview in English of the Conventions provisions, annexes, subsequent agreements and relevant case law and scholarship.