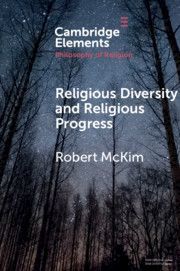 What is someone who has a perspective on religious matters to say about those who endorse other perspectives? What should they say about other religions? For example, might some of their beliefs be true? What stage are we human beings at in our religious development? Are we close to maturity, religiously speaking, so that most of the important religious ideas and innovations there will ever be have already appeared? Or are we starting out in our religious evolution, so that religious developments to date are merely the first rude efforts of a species in its religious infancy?