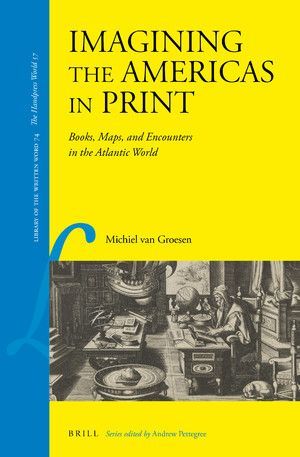 IMAGINING THE AMERICAS IN PRINT

BOOKS, MAPS AND ENCOUNTERS IN THE ATLANTIC WORLD

In Imagining the Americas in Print, Michiel van Groesen reveals the variety of ways in which publishers and printers in early modern Europe gathered information about the Americas, constructed a narrative, and used it to further colonial ambitions in the Atlantic world (1500-1700). The essays examine the creative ways in which knowledge was manufactured in printing workshops. Collectively they bring to life the vivid print culture that determined the relationship between the Old World and the New in the Age of Encounters, and chart the genres that reflected and shaped the European imagination, and helped to legitimate ideologies of colonialism in the next two centuries.