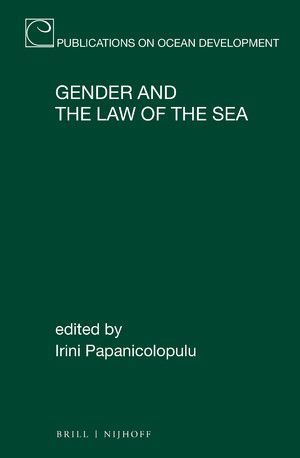 GENDER AND THE LAW OF THE SEA

Gender and the Law of the Seae a distinguished group of law of the sea and feminist scholars critically engages with one of the oldest fields of international law. While the law of the sea has been traditionally portrayed as a technical, gender-neutral set of rules, of concern to States rather than humans, authors in this volume persuasively argue that critical feminist perspectives are needed to question the underlying assumptions of ostensibly gender-neutral norms. Coming at a time when the presence of women at sea is increasing, the volume forcefully and successfully argues that legal rules are relevant to ensure gender equality and the empowerment of women at sea, in an effort to render law for the oceans more inclusive.