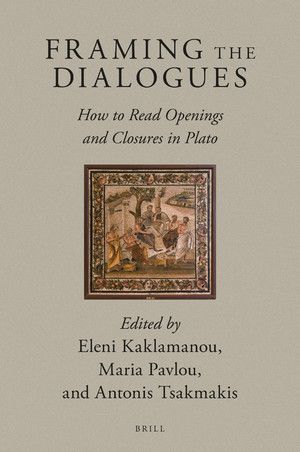 HOW TO READ OPENINGS AND CLOSURES IN PLATO

Framing the Dialogues: How to Read Openings and Closures in Plato is a collection of 14 chapters with an Introduction that focuses on the intricate and multifarious ways in which Plato frames his dialogues. Its main aim is to explore both the association between inner and outer framework and how this relationship contributes to, and sheds light upon, the framed dialogues and their philosophical content. All contributors to the volume advocate the significance of closures and especially openings in Plato, arguing that platonic frames should not be treated merely as trimmings or decorative literary devices but as an integral part of the central philosophical discourse. The volume will prove to be an invaluable companion to all those interested in Plato as well as in classical literature in general.