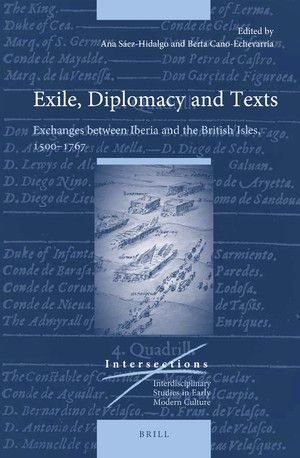 EXCHANGES BETWEEN IBERIA AND THE BRITISH ISLES, 1500-1767

Exile, Diplomacy and Texts offers an interdisciplinary narrative of religious, political, and diplomatic exchanges between early modern Iberia and the British Isles during a period uniquely marked by inconstant alliances and corresponding antagonisms. Such conditions notwithstanding, the essays in this volume challenge conventionally monolithic views of confrontation, providing  through fresh examination of exchanges of news, movements and interactions of people, transactions of books and texts  new evidence of trans-national and trans-cultural conversations between British and Irish communities in the Iberian Peninsula, and of Spanish and Portuguese others travelling to Britain and Ireland.