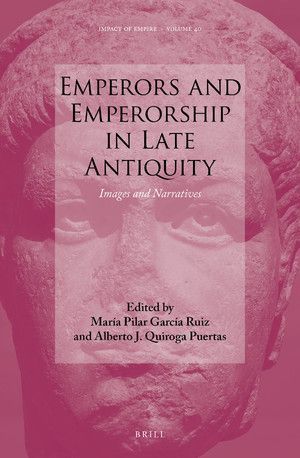 EMPERORS AND EMPERORSHIP IN LATE ANTIQUITY

What are the interrelationships between the language of rhetoric and the code of imperial images, from Constantine to Theodosius? How are imperial images shaped by the fact that they were produced and promoted at the behest of the emperor? Nine contributors from Spain, Italy, the U.K. and the Netherlands will guide the reader about these issues by analyzing how imperial power was articulated and manipulated by means of literary strategies and iconographic programmes. The authors scrutinize representations from Constantine to Julian and from the Valentinians to Theodosius by considering material culture and texts as interconnected sources that engaged with and reacted to each other.