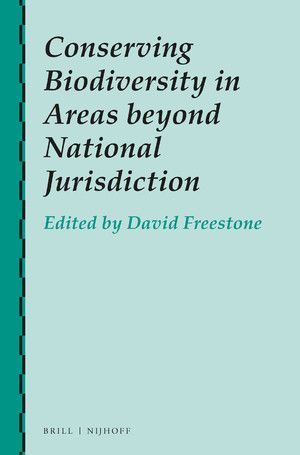 Since 2006 the United Nations General Assembly (UNGA) has been discussing the question of the conservation and sustainable use of biodiversity in areas beyond national jurisdiction. Following the issues raised by the Ad Hoc Working Group (2004 - 2015) and the Preparatory Commission (2016 - 2017) in 2017 the UNGA agreed to convene an intergovernmental conference to discuss these issues. Conserving Biodiversity in Areas beyond National Jurisdiction, edited by David Freestone, brings together a collection of essays covering some of the key issues involved in these debates. The essays are contributed by a number of distinguished scholars and practitioners - many of whom are involved in the UNGA negotiations - and are a useful reference for actors involved in the negotiations as well as for practitioners, scholars, and students following the process.