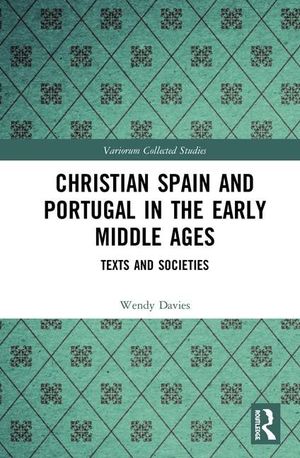 CHRISTIAN SPAIN AND PORTUGAL IN THE EARLY MIDDLE AGES:

A collection of papers in English by one of the foremost historians of the social and economic structure of medieval rural communities, who here examines local societies in rural northern Spain and Portugal in the early middle ages. Principal themes are scribal practice and the analysis of charter texts; gift, sale and wealth; justice and judicial procedures. Always with a concern for personal relationships and interactions, for mobility, for decision-making and for practice, a sense of land and landscape runs throughout. The Spanish and Portuguese experience has seemed irrelevant to the great debates of early medieval European history that occupy historians. But Spain and Portugal shared the late Roman heritage which influenced much of western Europe in the early middle ages, and by the tenth century records and practice in Christian Iberia still shared features with the Carolingian world. This book offers a substantial corpus of Iberian evidence to set beside Frankish, Italian, English and Scandinavian material and thereby makes it possible for northern Iberia to play a part in these great debates of medieval European history.