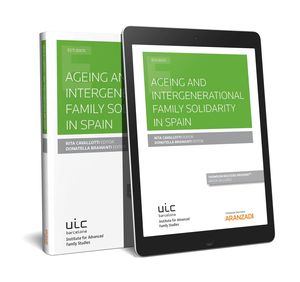 This book arises from the meeting and collaboration between investigators from Centro di Ateneo Studi e Ricerche sulla Famiglia (Università Cattolica di Milano) and IESF, Istituto de Estudios Superiores de la Familia (Universitat International de Catalunya, Barcelona) on the topics of Aging and Intergenerational Family Solidarity. The origin of the commitment towards these topics was the solicitation raised from the decision of the European Union to establish the year 2012 as the European Year of Active Aging and Solidarity between Generations. Following this solicitation, in Italy, the Università Cattolica took up the challenge by funding the research entitled "Non mi ritiro - L'allungamento della vita: una sfida per le generazioni, un'opportunità per la società" (2012-2014). Later, in Spain, the IESF (thanks to Santander Universidades) has activated a Chair dedicated to long-term study on the theme of intergenerational solidarity and the family (2013-2020). The main output of the Chair was the research titled "Older Parents, Generations and Family Solidarity. A Multilevel Analysis of the Spanish Context". The contributions of the present volume develop reflections from an intergenerational perspective, both at a theoretical-conceptual level and as a product of empirical analyses based on research carried out in Italy and Spain.