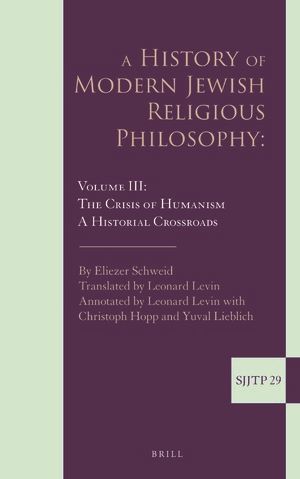 THE CRISIS OF HUMANISM. A HISTORIAL CROSSROADS

The culmination of Eliezer Schweids life-work as a Jewish intellectual historian, this five-volume work provides a comprehensive, interdisciplinary account of the major thinkers and movements in modern Jewish thought, in the context of general philosophy and Jewish social-political historical developments, with extensive primary source excerpts.
Volume Three, The Crisis of Humanism, commences with an important essay on the challenge to the humanist tradition posed in the late 19th century by historical materialism, existentialism and positivism. This is background for the constructive philosophies which sought at the same time to address the general crisis of moral value and provide a positive basis for Jewish existence.